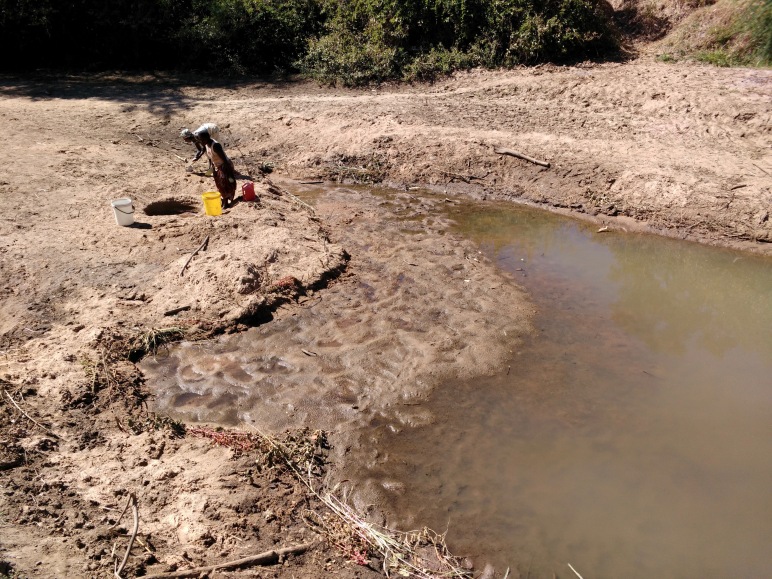 The truck fishtailed in deep sand as we rumbled out an unmarked track into the bush toward Sikaunzwe, a community situated along the Zambezi River on Zambia’s southern border. As an intern in Zambia for two and a half months through the Red Cross Red Crescent Climate Centre, I was traveling with the Zambia Red Cross Society (ZRCS)’s Disaster Management Officer, Samuel Mutambo, and District Project Officer, Emmanuel Mudenda. We had left the ZRCS field office in Kazungula, six hours from the capital of Lusaka in Zambia’s southern province, almost an hour ago to monitor community interventions as part of the Building Resilient African Communities (BRACES) program supported by the American Red Cross. The objective of this program is to increase the security and resilience of rural communities in the three southern districts of Kazungula, Mwandi and Sesheke, which are particularly vulnerable to droughts and flooding within the Zambezi River Basin.

Key to BRACES’ goal of achieving local resilience is the diversification of livelihood strategies to sustain households economically through times of climactic variability and deep uncertainty. While this region of Zambia has benefited from investment by the Red Cross in early warning systems for floods due to its proximity to the Zambezi River, the communities here are currently struggling through an extended period of drought (see: New York Times article, Climate Change Hits Hard in Zambia, an African Success Story). Since one of the interventions under BRACES is to support the development of small-scale sustainable agriculture, my colleagues were particular keen on learning how beneficiaries were coping with the lack of water. Climbing out of the truck in Sikaunzwe, we bushwhacked through neck-high grasses to several plots carved out of the bush above a sandy wash. Dry except for a few stagnant pools, this water source continues to sustain more than a dozen gardens strung along its banks. Scrambling down into the channel, we found two women crouching near a pit that they have dug into the sand. Using a bowl, they dished water into a bucket. When it is full, they carried it up the bank to irrigate their crops.

Following the women into their gardens, we found the plots dominated by tomato plants, heavy with green fruits and lashed to stakes for support. Once ripe, these will be carried to the road to sell to buyers. I am reminded of my eight-hour bus ride from the capital of Lusaka; every time we pulled off the road women would emerge from patches of shade, raising plates of stacked red tomatoes to the bus window. This is one way small pockets of cash come to circulate in the region’s villages. BRACES, in an effort to support the expansion of income at the household level, supports farmers by supplying them with a variety of seeds and irrigation equipment. As a result, even those farmers who had been gardening for decades were able to expand their diversity of vegetables under production. Some had even begun to find a pathway out of poverty. One farmer, we spoke with outside the village of Kawewa, had entered the BRACES program with only a few plants. However, the following year with access to a pump and irrigation tubing provided by the program, he was able to exponentially expand his land under cultivation. Following him through freshly tilled fields, we listened to him describe the crops he planned to plant this season and the calculations of his anticipated profits.

While this farmer’s tale deeply resonates with resilience, not all gardens offer such financial advancement. Many barriers impede the translation of seeds into crops, and ultimately into cash. It is not a simple story of merely having the motivation. 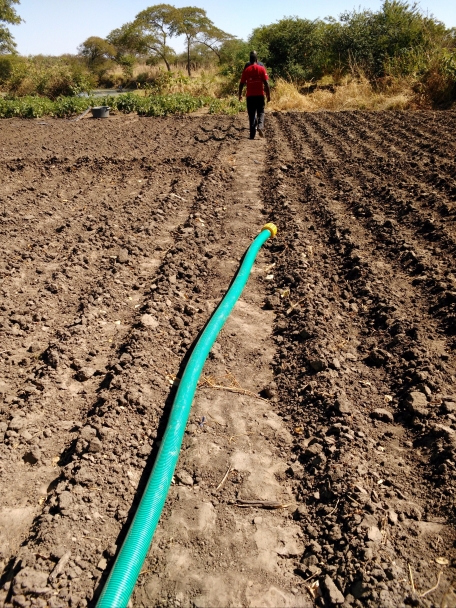 Not all households, for example, have a reliable water source to draw from. Some have to dig their water from the sand. Others are limited by their capacity to access seeds. While the Red Cross BRACES program provides seeds to its beneficiaries, the ultimate goal is for farmers to be financially secure enough to purchase their own stocks. For some women we talked to, however, being forced to travel several hours by bus to Livingstone to purchase seeds, which are not sold locally, makes sustainability a challenge. While one woman explained that she can save seeds from some crops like okra, the varieties of cabbage, rabe, and tomatoes that most customers prefer are hybrid and must be purchased each season. Even corn, a Zambian staple, is increasingly planted as a hybrid, its sterile kernels provide no prospect for rejuvenation.

Thus, reliance on annual seed subsidies has become a reality of what it means to be a farmer. Even as the Red Cross works to get people to a place where they can afford to buy their own seeds, their dependency risks getting displaced to corporations that control the circulation of genetically modified seeds. While resilience, here at least as BRACES defines it, means creeping out of poverty with each kilo of tomatoes sold, it seems worth considering what crops are indigenous with seeds capable of being harvested and banked. Perhaps resilience can become more than capturing cash by serving the desires of markets, but by shaping what we choose to eat (e.g. local, heirloom vegetables over foreign hybrids) to begin with. 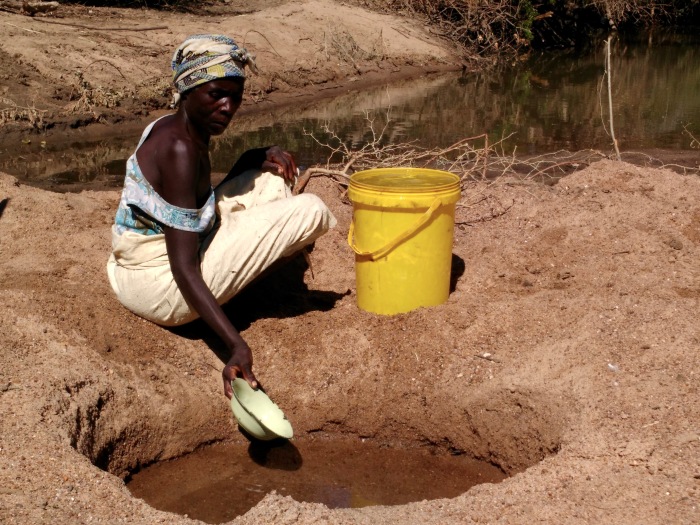 In the meantime, even in the midst of growing modern hybrids, villagers continue to lean on indigenous knowledge and traditional strategies for securing good yields. As we walked among the rows of heavy-headed tomatoes, I noticed long furrows of smoldering cow manure along the edges of the garden. These fires, I was told, had been lit overnight to ward off the cold and protect the vulnerable fruits of the tomato from freezing. Although none of the ZRCS staff whom I was with had seen this adaptive technology before, we were assured this was a quite common practice in the community. The work of resilience, I am learning, is not only about teaching innovative ways to change, but also about learning old ways of survival.